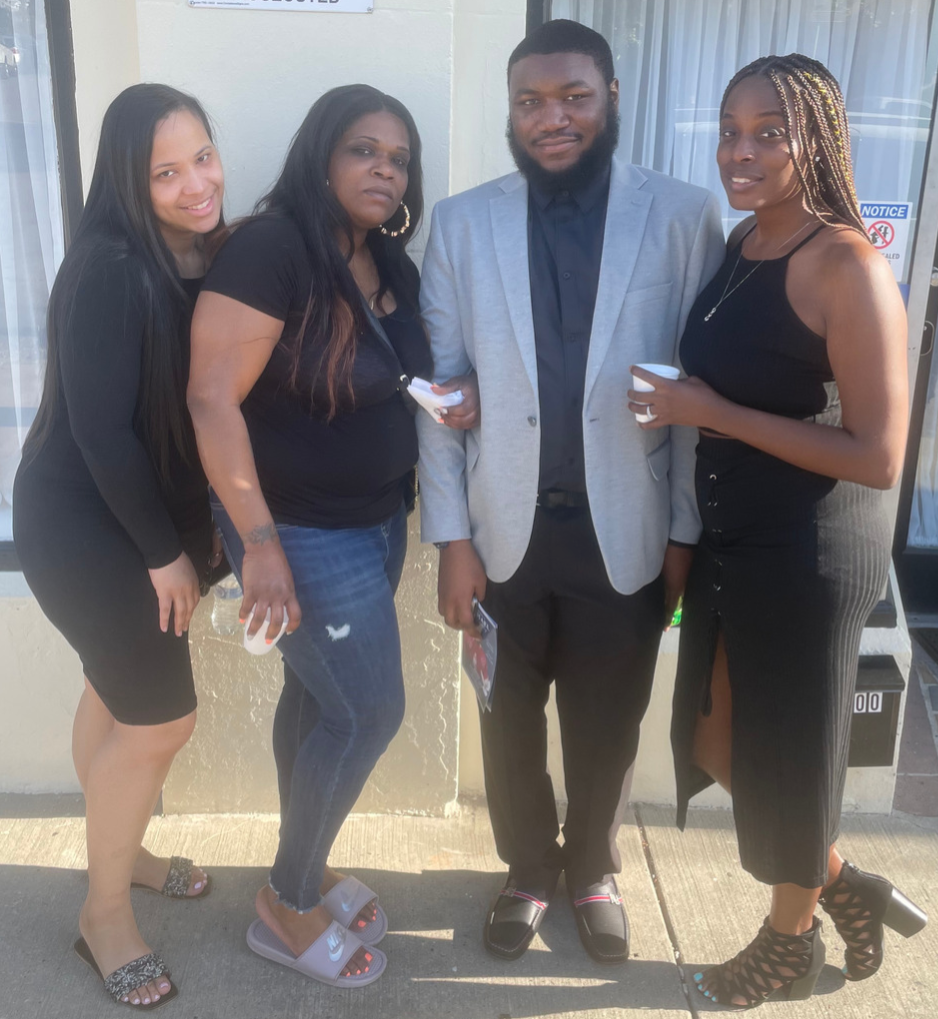 Earning a degree in Liberal Arts – Honors this year marked a milestone in Christopher Brinkley-Pridgen’s educational journey, which is far from over. His experience and preparation at the College has led him to Cheyney University, and admittance to Columbia University.

“I was always into learning. I always had good grades. I knew I would be successful,” he said. While his path hasn’t been exactly what he envisioned, his academic experiences have provided a strong foundation for his future.

Christopher graduated as the salutatorian of his high school, and earned certifications from the District 1119C Training Fund to pursue a career in behavioral health or human services. In summer 2020, he faced the loss of his grandmother, his biggest emotional supporter.

“I promised her I would get a degree; I needed a degree. I didn’t know what to do. A teacher in the Training Fund suggested I go to CCP and apply for financial aid,” said Christopher.

With only a few credits transferring, and starting in English 098 in preparation for college-level English, he enrolled at CCP in September 2020. Christopher excelled, earning a 3.5 GPA, and received academic honors. Through an email congratulating him on his accomplishment, he learned about the Honors program and switched his major from Behavioral Health/Human Services.

“I wanted to challenge myself. I just kept striving,” said Christopher.

Unfortunately, before Christopher graduated, he suffered the loss of his father.

“I wanted to give up multiple times. I didn’t give up, and other people believed in me,” he said.

Christopher earned a 4.0 GPA in his last semester and finished with a 3.73 cumulative GPA, graduating in the top 3 percent of his class.

Christopher got involved with the College’s Center for Male Engagement, where he helped other students with their academics and thought about the next steps after the College. “CME helped me so much,” he said. He was also involved with the Student Government Association and was a member of Phi Theta Kappa, the international two-year honor society.

While deciding where to continue his education, Christopher took a chance and applied to Columbia, and was accepted. He deferred his acceptance since he received the Keystone Scholarship from Cheyney University, where he is taking classes to defray the cost of Columbia. If the Ivy League’s aid package isn’t as good as he hopes, Christopher can stay at Cheyney and continue in the American Political Studies program, where his objective is to earn a 4.0 GPA and become valedictorian. If he stays at Cheyney, he will need a 3.0 GPA to have his master’s degree at a partner institution paid for, and he is interested in pursuing his doctorate. Christopher plans on pursuing psychology or sociology programs so he can help others and continue to demonstrate the power of education. Also, since he is considered a rising junior at Cheyney University, he will be able to graduate a year early to further his academic career.

“Always have different alternatives. Never give up on your dreams. Focus on it, and go after it. It’s understandable to switch majors. I hope my message can inspire other people,” he said.

As a proud CCP grad, he credits his program for the growth in his potential.

“CCP is a really good institution. The Honors curriculum taught me so much. I can do anything. I am so prepared to tackle anything that comes my way,” said Christopher.