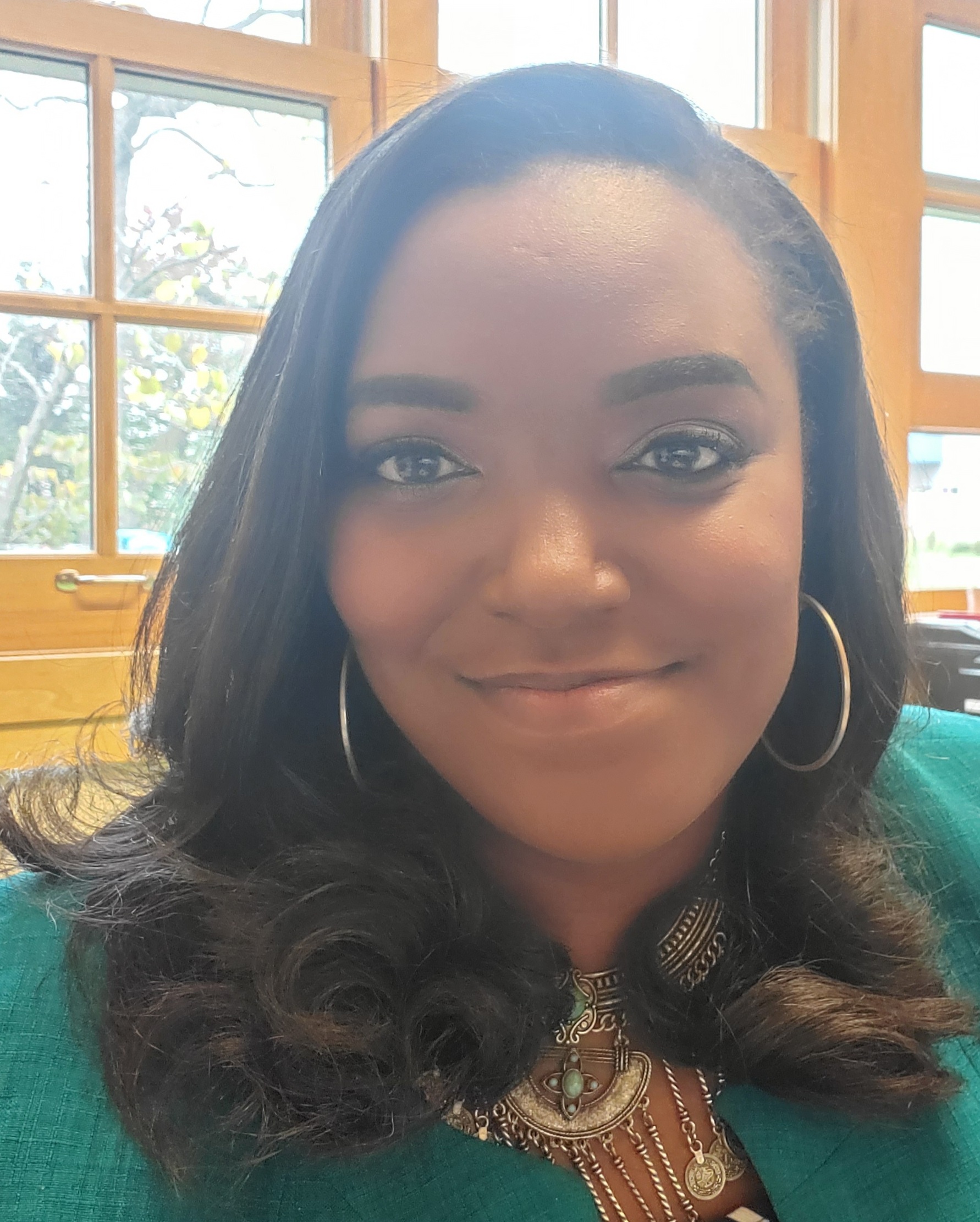 Yael Johnson, ’21, says her calling has never been clearer: she wants to be an advocate and champion for the exceptional young children who will shape our future. Working in early childhood education, she found her passion in helping children with special needs and their families navigate the challenges they face, both in and outside the classroom.

“Life tends to take us on surprising journeys,” said Yael. “Sometimes we are led to places we never knew we were supposed to be. My life journey brought me to a preschool just when the time was right.”

With a 10-year long career in restaurant and office management and a finance background, Yael never could have imagined developing a passion for early childhood development, but that all changed after the birth of her godson, Ben, in 2011. That year, she would take on a new position at a Montessori school, and a few years later, her godson would be diagnosed with autism and ADHD at the age of four.

“After learning that my godson was diagnosed with autism and ADHD, I wanted to learn as much as possible to help him succeed,” said Yael. “I began to research. I read every book recommended, participated in parent education classes, joined support groups, and took professional development courses on special needs and development. I learned about resources that were available to us and accommodations that could help Ben across environments. I found that the more I learned, the easier it was for me to connect with him and other children who needed just a little more support.”

Yael eventually became somewhat of a self-taught expert at supporting children with exceptionalities. She would provide support to her godson’s teachers and would often offer information to assist in meetings with other parents, but never in an official capacity.

Her co-workers recognized her ability to connect with children, provide support and implement successful strategies. While they urged her to pursue a path to officially work with children with special needs, she never entertained the idea of going back to school. It wasn’t until she realized all of the knowledge she gained on her own and the level of support she could offer other parents. That’s when she took a shot at the College’s Early Childhood Education program.

“I enrolled at [the College] in the fall of 2019, and my time here has been absolutely amazing,” said Yael. “Dr. Amy Saia and the incredible educators in the ECE program are experts in their field. They do not simply teach us how to teach. They model what investment in student success looks like. I cannot overstate the magnitude of the support I received, the consistent confirmation of confidence in my ability, and their impact. My professors were all exemplary examples of how to teach with their students’ success as the priority.”

She also had the opportunity to participate in the College’s Early Childhood Education Teachers Apprenticeship program. Funded by the District 1199C Training and Upgrading Fund, the apprenticeship program places students in the classroom at one of several approved local child care centers. During this two-year program, Yael earned on-the-job academic credit hours in exchange for credits at the College for her degree program.

For her apprentice project, she chose to focus on self-regulation and mindfulness. She was able to implement a mindfulness program at the extended care program in which she worked.

“The children were very receptive to the mindfulness program,” said Yael. “We began each day with a Mindful Moment and introduced new concepts on Mindful Mondays. Activities focused on the weekly theme and would be available for children to practice in the Calm Corner. I created a cozy nook under our loft where students could read books, listen to one-minute meditations, practice breathing techniques and other mindful works. These simple exercises helped the students improve their social-emotional regulation skills, which are critical for healthy development, social and academic achievement, and overall success in life.”

Yael expanded her reach as a significant contributor in the successful school-wide effort to incorporate daily mindfulness in all classrooms.

In fall 2020, she was inducted into the Phi Theta Kappa honor society, and she will be graduating in May 2021 with a 4.0 GPA after receiving a full scholarship. She plans to pursue both her bachelor’s and master’s degrees in early childhood development, specializing in children with special needs – specifically autism and other exceptionalities.

Her advice to anyone who wants to pursue a similar career: Be flexible.

“It’s best to be a rubber band and not a string,” Johnson says. “As early childhood professionals, it is our responsibility to cultivate inclusion and help our students feel safe, encouraged, supported and capable. This will require some flexibility and adjusting. The amazing reward will be accomplished, independent learners who are confident in their ability to succeed.”