Training the City’s Next Generation of Workers

Tria Jones had dreamed of a nursing career, but after her sister and her husband both died young, she put her career on hold to assume new family responsibilities.

Even so, her ambition never waned as she continued to climb the employment ladder, taking short-term training for jobs that would enable her to work with patients and acquire basic health knowledge and skills.

After working in an entry-level position as a nurse’s aide, Jones trained as a Certified Nursing Assistant, and then as a Licensed Practical Nurse. Each new credential brought better pay and a wider range of career choices.

In June, Jones received a letter admitting her to the College’s Nursing program as an Advanced Placement candidate, meaning that she’ll receive credit for her prior learning.

Her Nursing degree, which will qualify her for a job with a starting salary in the range of $50,000 annually, offers a prescription for hardships and hard times and an antidote to poverty. “My dream was deferred,” she said, “but because of community college, I won’t lose my dream.”

Many Philadelphians must exit and return to an educational journey at various stations in life rather than follow a direct route from high school. Mayor Jim Kenney’s new economic development strategy, “Fueling Philadelphia’s Talent Engine,” recognizes this as it shifts workforce development from job training and placement programs to career pathways offering long-term career planning and steps to better paying jobs. 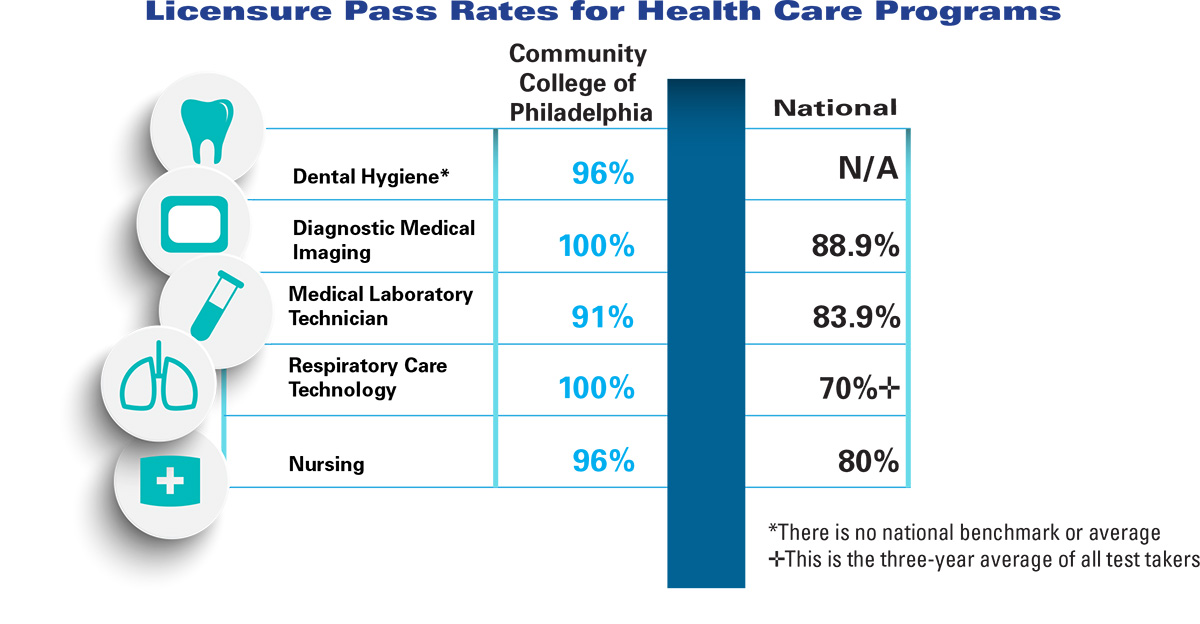 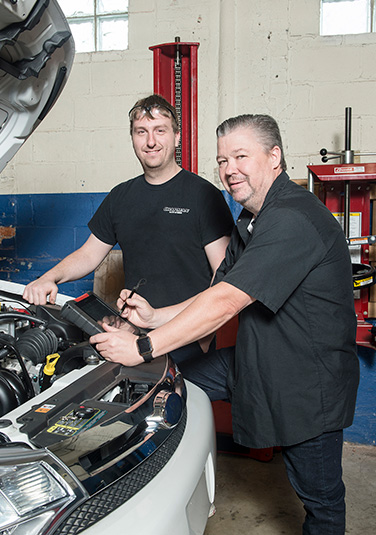 Brandon Edwards found the perfect career by putting his interest in computers together with his love for cars.

He completed the Automotive Technology program, which prepares students to work in the high-tech world of automobiles.

With a shortage of highly skilled workers in the region, he was hired at Chapman Nissan while pursuing his degree.

Edwards won the 2018 Mid Atlantic Automotive Retailers Top Tech Award, which is given to the automotive graduate with the best grade point average. He is making a difference in people’s lives.

“If seeing a ‘check engine’ light on in your car gives you the same sense of anxiety as the blue screen of death on your computer, you know there is an abundant need for people who can both turn wrenches and troubleshoot code,” said Edwards.

The College is working on plans to double the size of the Auto Tech program, which has close to a 100 percent placement rate. Plans call for transforming the West Regional Center into a hub for career and technical training. 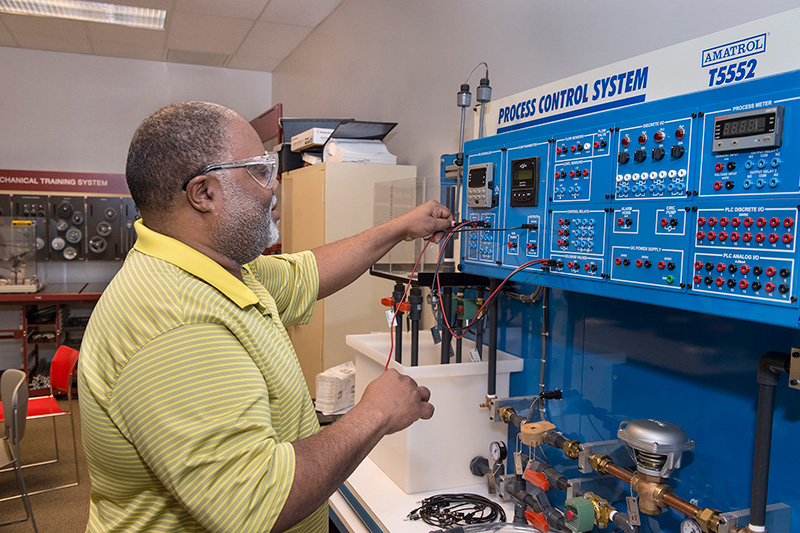 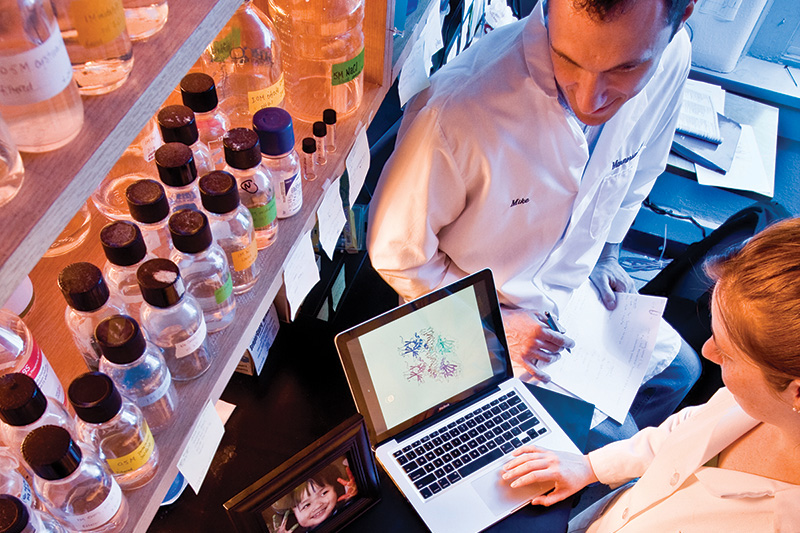 Over the last year, in-demand industry partnerships and new initiatives have served to deepen the talent pool for growing industries and meet the needs of the region’s employers.

Advanced Manufacturing programs in the Welding, CNC Precision Machining and Electro-mechanical technologies are run in conjunction with the School District of Philadelphia.

Run in conjunction with PECO, PGW, Henkels & McCoy Inc., Utility Line Services and others, the program has a 92 percent completion rate with graduates receiving offers from PGW, PECO and Henkels & McCoy.

Approximately 130 students have completed the program, and more than half are minorities, and seven in 10 of the graduates are women. In June 2017, the College partnered with Wistar to announce Pennsylvania’s first registered nontraditional apprenticeship in Biomedical Technician Training.

The program, which is a partnership with Salus University, opened in January 2017. Since the program started, nearly every one of the students has been offered a job. “I saw it as a quick way to acquire the skills for a new career,” said Charlene Greene-Holmes. “It’s been a blast.” When she finished in August 2017, she accepted a job at Mid Atlantic Retina.

Philadelphia Hospitality Education Day brought 250 high school students to Main Campus to participate in the program sponsored by PHL Diversity and the College. The goal is to connect local high school and adult students to the many career opportunities available in hospitality.

“I’m really benefitting from the program,” said Corinne Bale, a 15-year-teacher who works at SPIN Inc., a provider of early childhood education in Northeast Philadelphia. She had earlier obtained her Child Development Associate certificate, but her education stalled.

“I’m getting the schooling toward my degree, and I’m still able to work. The College is very supportive and helpful with the way they collaborate with my employer,” Bale said. She received mentoring, as well as 18 credits for her years of experience.

Completion of the two-year program results in an associate degree from the College, a certificate from the U.S. Department of Labor and lead teacher certification for Philadelphia-area early childhood education centers, with four pay raises along the way.

The collaboration now connects 32 apprentices with 20 employers. Six graduated in May 2018 and all six, including Bale, are transferring to four-year colleges for bachelor’s degrees.

Adding Jobs, One Small Business at a Time 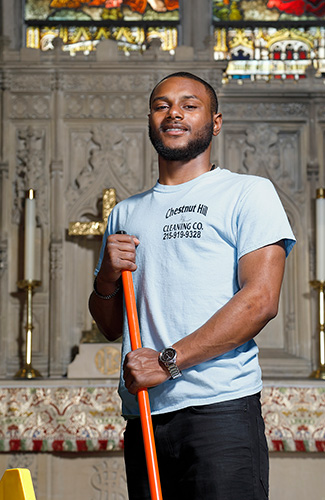 Jonathan Williams didn’t need to find a job when he graduated with an associate degree in May. He had started his own business, Chestnut Hill Cleaning Co., when he was only a junior at Central High School.

College business courses provided him with fundamentals as did Power Up Your Business, the College’s groundbreaking initiative for business owners designed to provide tactical plans for growth.

Since it began in 2017, Power Up has served 80 small businesses across the city in its 10-week Peer-based Learning Experience program. Of them, 84 percent were minority-owned, and 71 percent were owned by women. In June, the program’s most recent and largest cohort held its graduation honoring owners of 23 businesses ranging from bakeries to child care centers. More than 685 business people have attended Power Up’s Store Owner Series workshops on social media marketing, financials, taxes and more.

Another initiative, Goldman Sachs 10,000 Small Businesses-Greater Philadelphia, which provides training and services for larger, more established businesses, continues to produce graduates whose companies are landing at the top of the annual list of the city’s fastest-growing small companies. The program, now five years old, has assisted 428 businesses.